Here’s a little graphic outlining the various expansions. Note that the Dark Minions and The White Hand expansion symbols frequently were printed to light causing them to be hard to see with the naked eye, sometimes they were even just invisible. 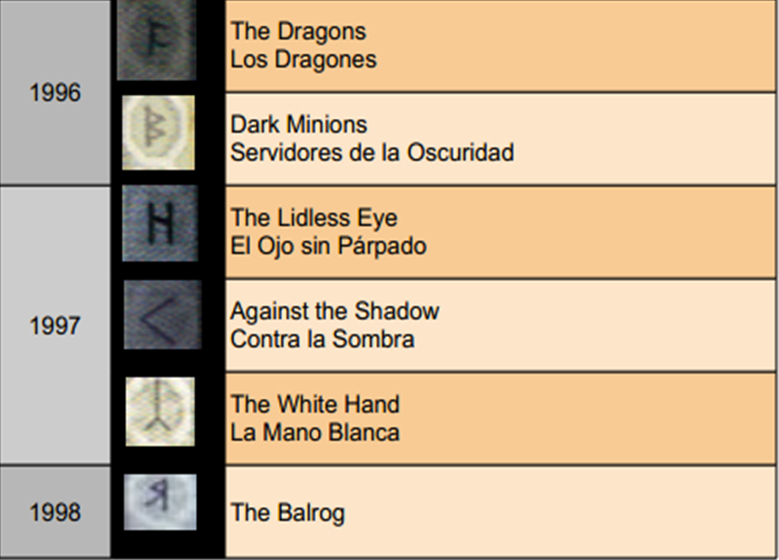 When in doubt you can always check the © mark at the bottom of the card. When it’s a copyright 1996 and no expansion rune is visible, it most likely is a card from The Dark Minions

While a copyright 1997 and no visible expansion symbol, you are probably looking at a card from The White Hand.