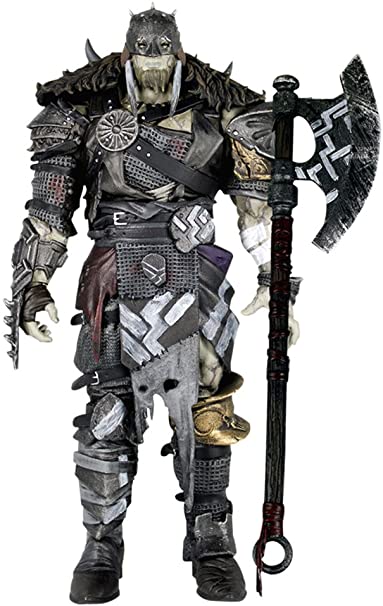 Everyone has at least one favorite planeswalker right? Well, I have two actually, Vraska and Garruk, the bestest bad-assiest Planeswalkers to ever swalk the planes.I have shared my love for Garruk before in my Garruk The Horde EDH deck article. Today I would like to share some more of that love with you by presenting you this checklist of all that is collectible about Garruk!

For this list I have taken all MTG cards featuring Garruk, an image of Garruk or flavortext mentioning Garruk. Left out are printings of the same card that don’t feature new art, and cards that only mention Garruk in the cardname. But before we take a look at the list, let’s talk a bit a bit about the man himself!

Garruk is a Planeswalker from an unknown plane. He was raised by his father until he one day had the flee from the Sheriff who wanted to force him into his army. While his father died in prison, Garruk lived in the wilds for 7 years learning how to bind animals before returning to confront the Sheriff and killed him by summoning a wurm. That’s where he got his cool helmet.

On the plane of Shandalar he got cursed by Liliana using the Chain Veil. He got flooded by black magic warping his mind and body. After a wild goosehunt for Liliana, Garruk got temporarily cured by the Cursemute spell cast by Avacyn. Regaining his senses he turned to Avacyn in the hopes to get the curse permanently lifted. Unfortunately, Odric got in his way and he succumbed to the curse once more. The curse strengthening his desire to hunt made him realise Planeswalkers are the ultimate prey so he started killing, with each kill strengthening the curse.

After many an adventure Garruk finally got cured from the curse during a freak incident on Eldraine. After stalking twins Rowan and Will for a bit he disappeared..

Why is he cool?

Come on! The dude controls wild beasts, he’s a hunter, he wields a huge axe, and he is a big softy at heart. This guy is in all ways the Wolverine of the Magic: The Gathering universe bub! 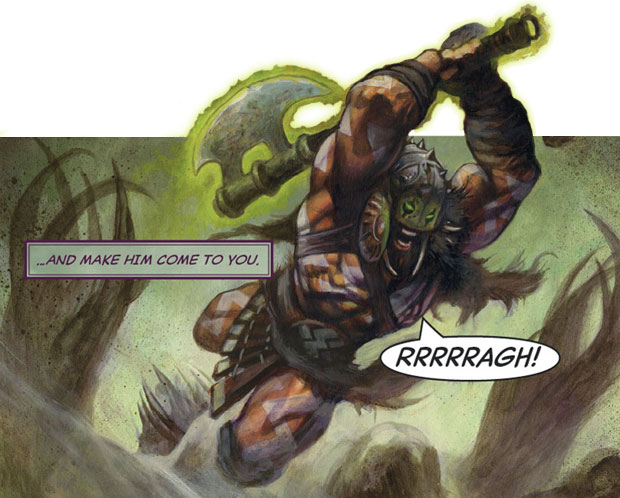 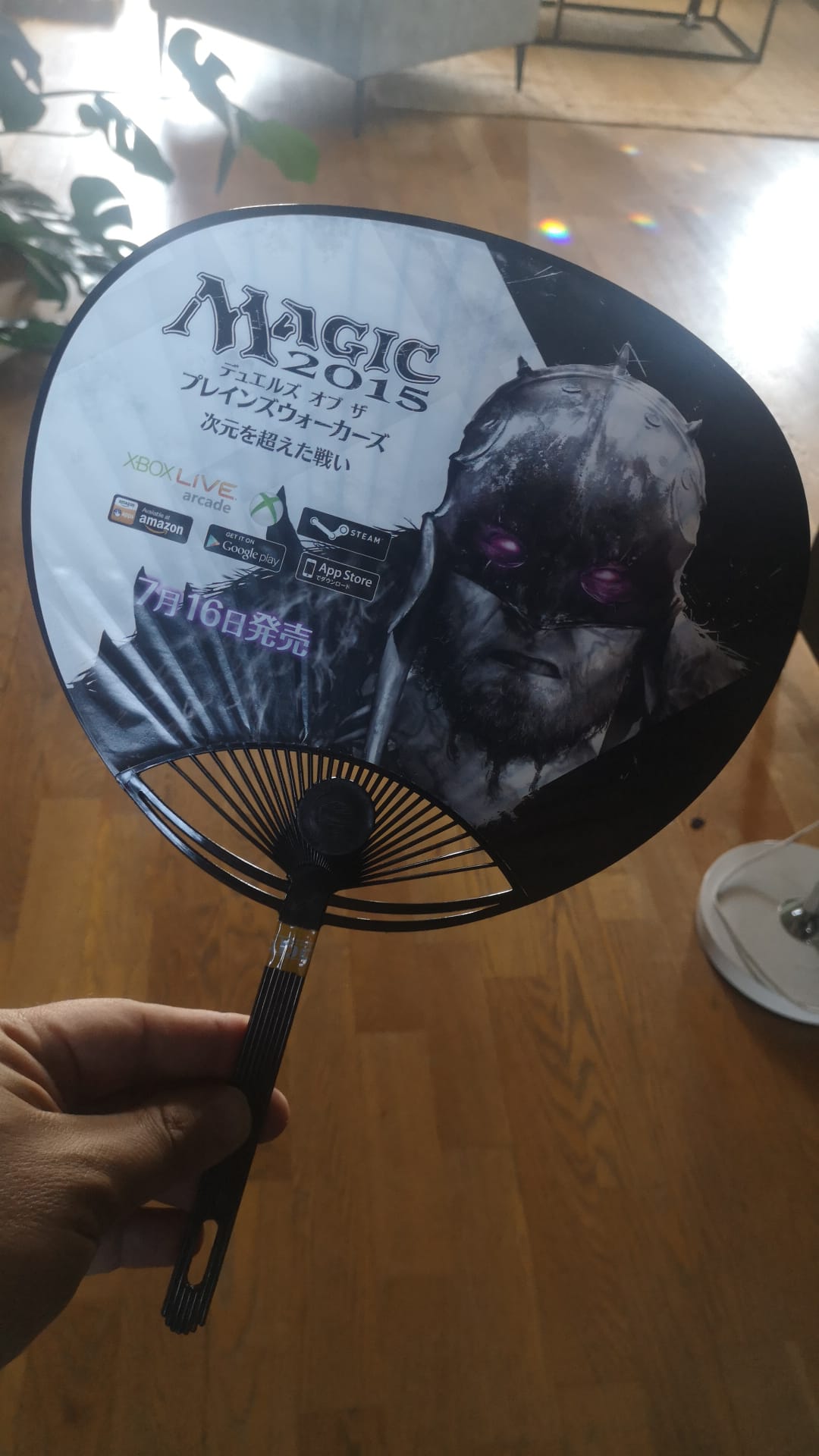 Update 31-08-2022:  The Garruk hand fan, shown here, recently came into my possession after someone posted an image of it in the MTG Rarities group on Facebook. As I had never seen this item before I requested the OP of the picture for some information on the item. I just wanted to know its origins actually, and permission to use his image on this page. He told me he acquired it in 2015 in a hobbystore in Tokyo, Japan. After that, he kindly offered to sell it to me, which I just could not refuse.

The Fan has made quite the world tour already having its origins in Japan, residing in Canada for a few years and now ending up in the Netherlands. This thing has racked up more frequent flyer miles than me!

Read more about Magic: The Gathering

March of the Machines to feature Planechase cards?

Phyrexia: All will be One Leaks, Rumors and Spoilers

Moxfield to build their own MTG Social Network