Update 12-11-2022: Some internal communications from somewhere about the contents of the Compleated bundle for Phyrexia: All will be one has been spread,and it states there will be Universes Within cards in the List for set boosters. Now, ofcourse this could be referencing the Stranger Things cards. But I doubt that honestly, because they were also in the List for Brothers War and were not mentioned anywhere. More likely will the Universes Within cards for this set be the Streetfighter once, since it has been 6 months since release, which is the timeframe WotC stated for UW reprints of UB cards. 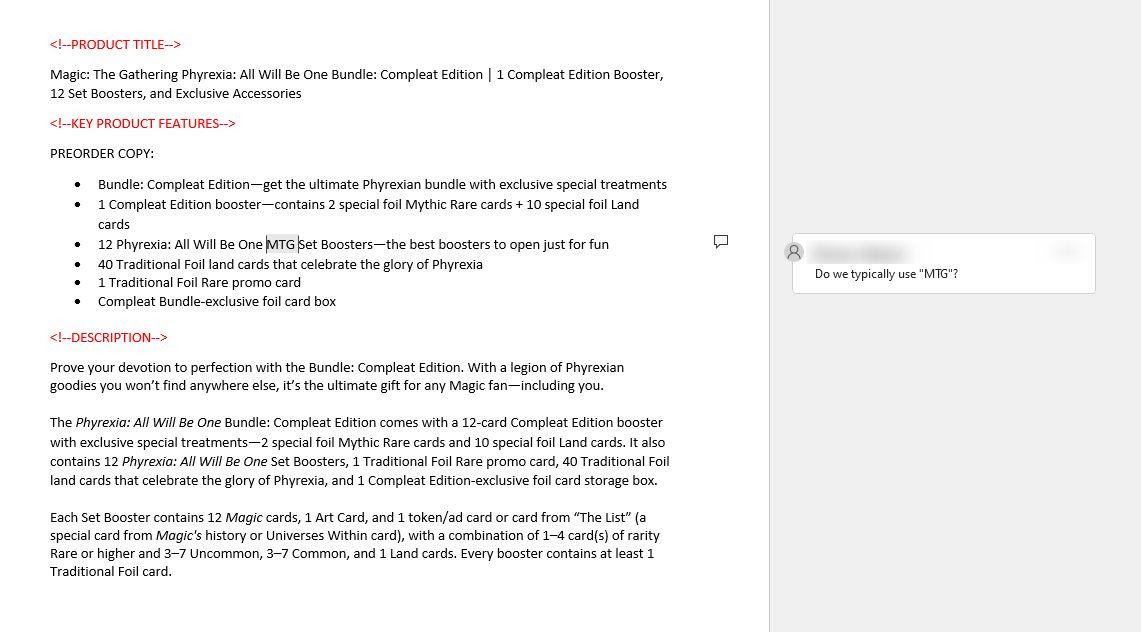 Update 22-10-2022: For a brief moment a post appeared on r/mtgrumors on Reddit about a possible new Blightsteel Colossus bearing the new Toxic mechanic instead of Infect.

[ONE] Speculation on a New Colossus for All in ONE

I just imagined a Blightsteel Colossus rework for All in ONE :

The post only was up for a very short moment after which it got deleted again by the moderators. Moderators of the forum usually remove “shitposts” or spam without explanations, leaving up real speculations and rumors to be proven or disproven by the Redditors themselves, so as to why this post got removed? 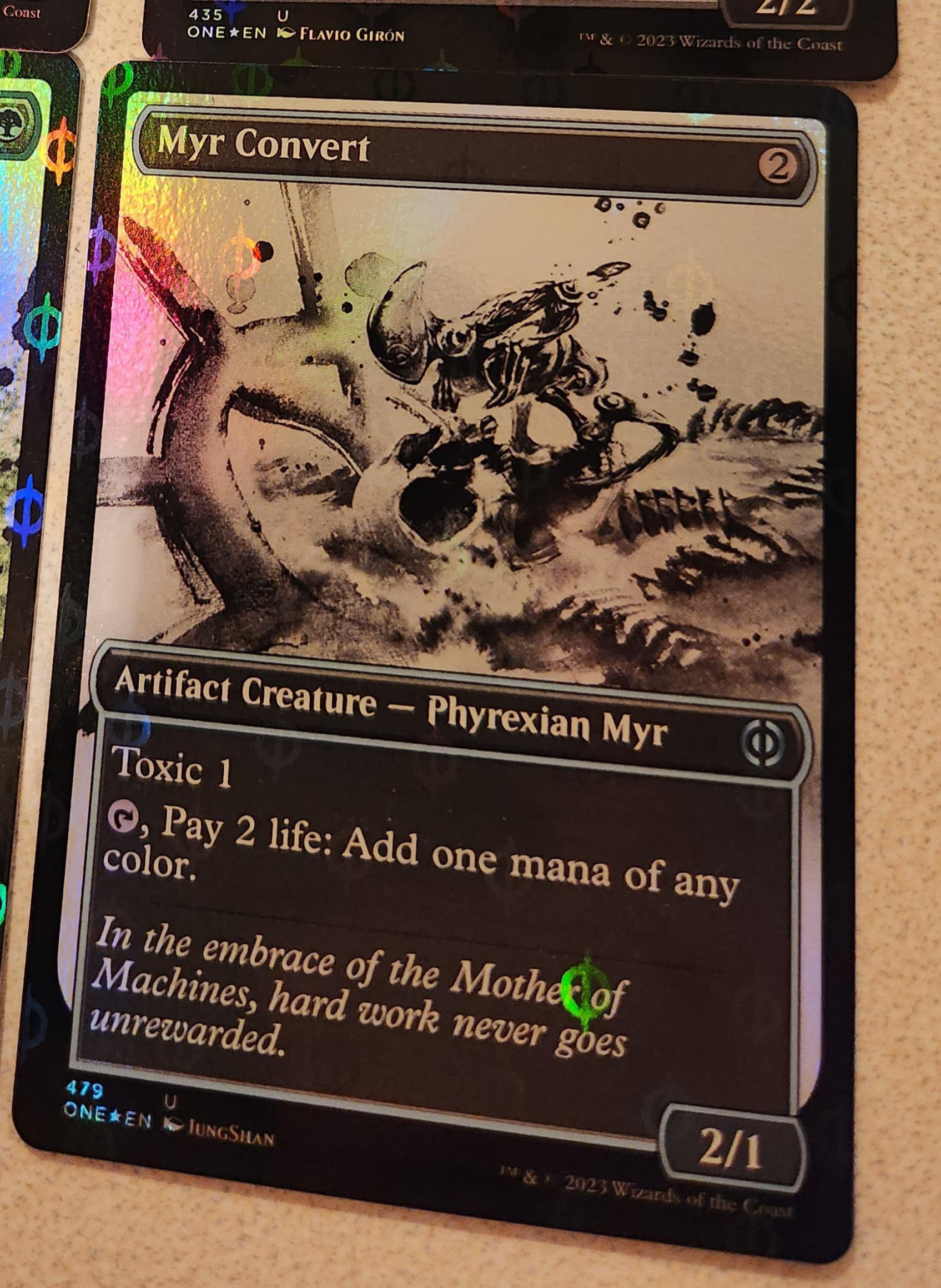 14-10-2022: Phyrexia is once again going for full multiverse domination in this upcoming Magic: The Gathering release, set for Q1 2023. So far away from release and already things are leaking, and not even in potato-quality this time!

Two pictures started roulating around the internet this morning giving a clear view of many things; new and returning mechanics, foil treatments, showcase art, setcode and much more 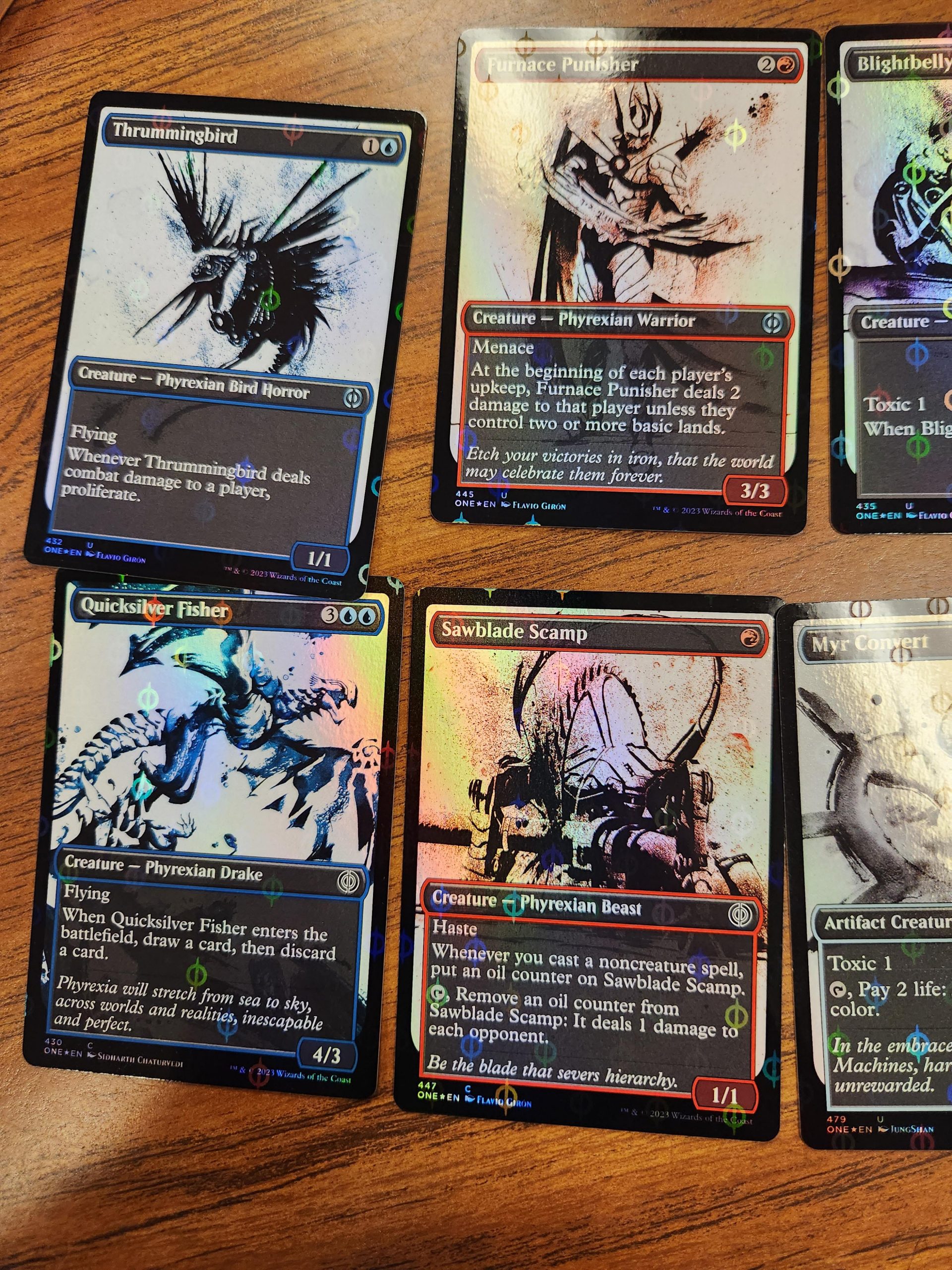 Cards from this image are, from what I’m guessing, from collector boosters. I love the phyrexian symbol foiling all over the cards, as well as the design for the expansion symbol. I also very much love the black and white art style used for these. Nice work here wotc!

Now, let’s take a look at the rulesboxes. As returning mechanic we see Proliferate, and in the image below Poison. It makes sense to add proliferate to a set featuring poison counters. What we also see is a new mechanic called Toxic and one called Corrupted. Toxic will most likely be a fixed Infect with a the poison counters and -1/-1 counters not tied to power/toughness anymore, but to a fixed number in the ability. Corrupted looks more like a keyword with varying effects, much like landfall. 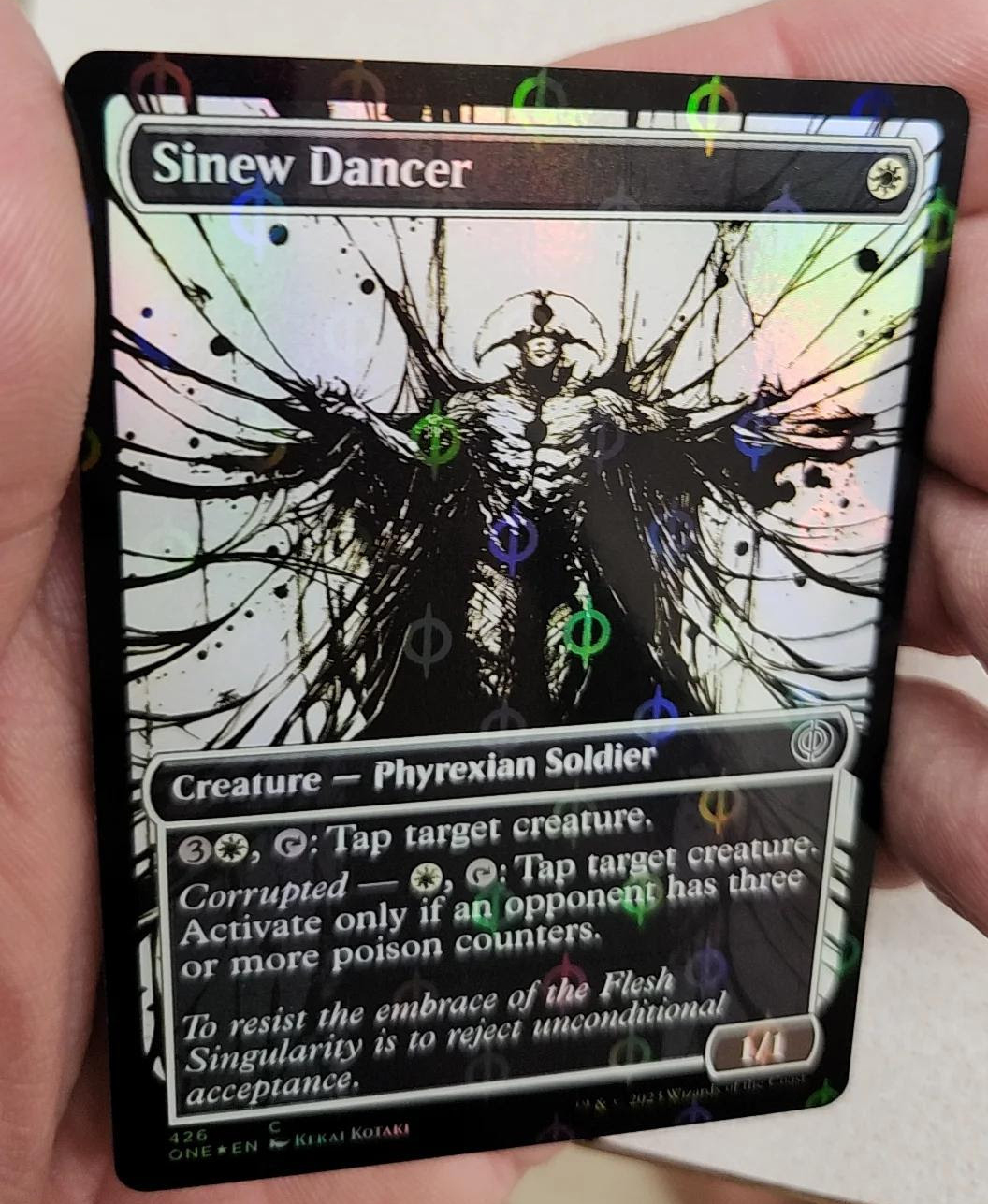 We got some more fine Magic: The Gathering news and articles for you!

March of the Machines to feature Planechase cards?

Moxfield to build their own MTG Social Network