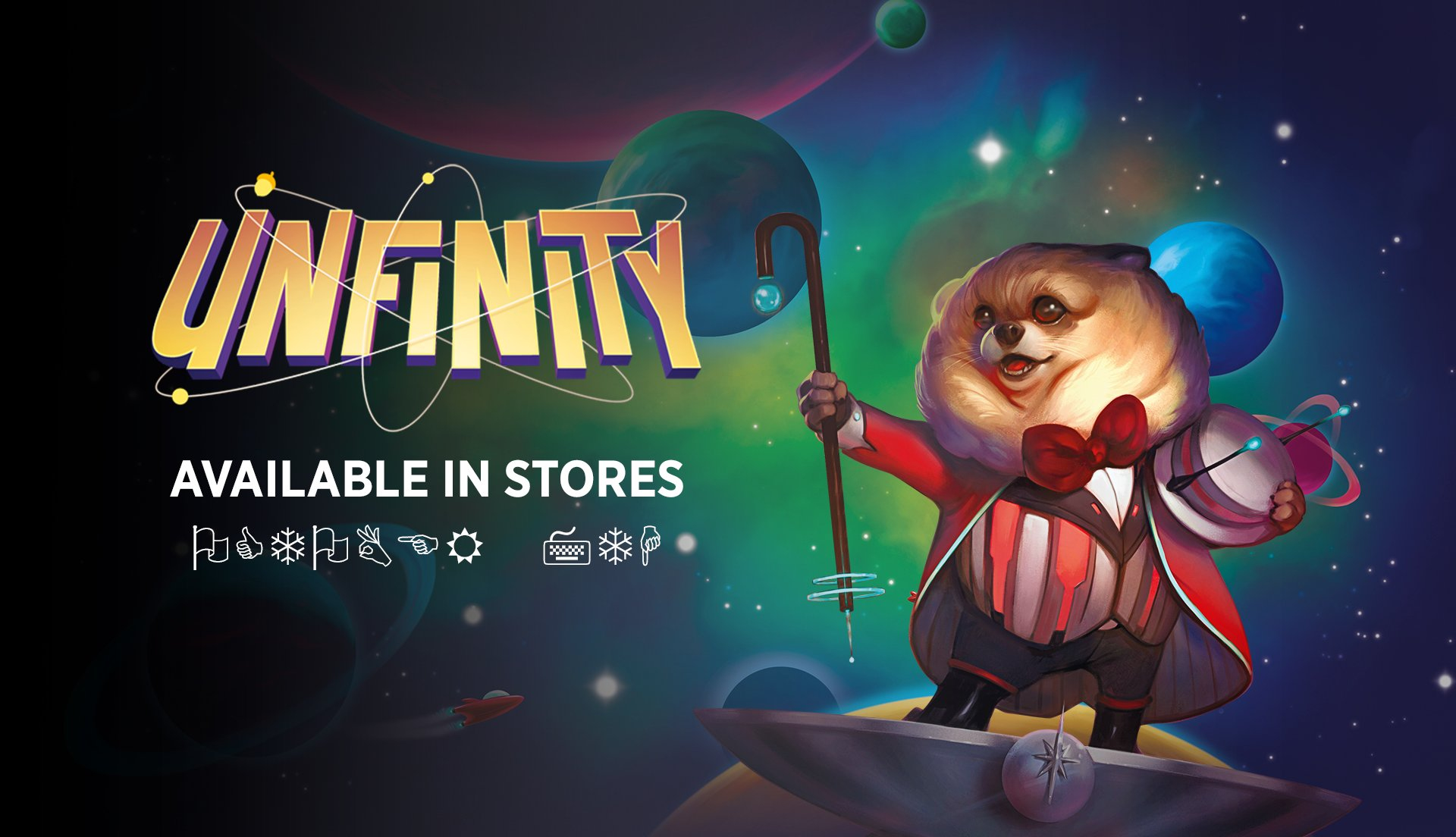 The wingdings in the announcement translate to a release date of October 7th 2022! 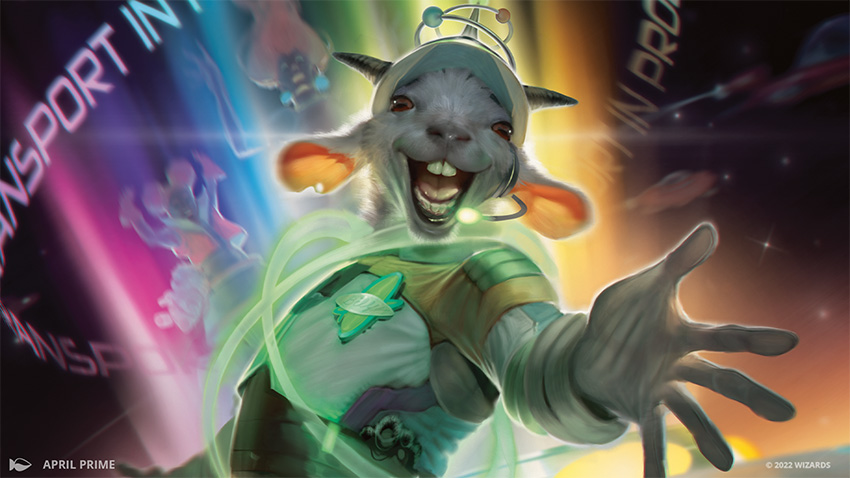 Update January 20th 2022! Wizards just announced a delay for Unfinity until Q2 of 2022. I just can’t help but think this is related to (covid-induced) production problems with the new type of packaging rumored for this set. They might have encountered some issues with the new packagings, or maybe scrapping it altogether? 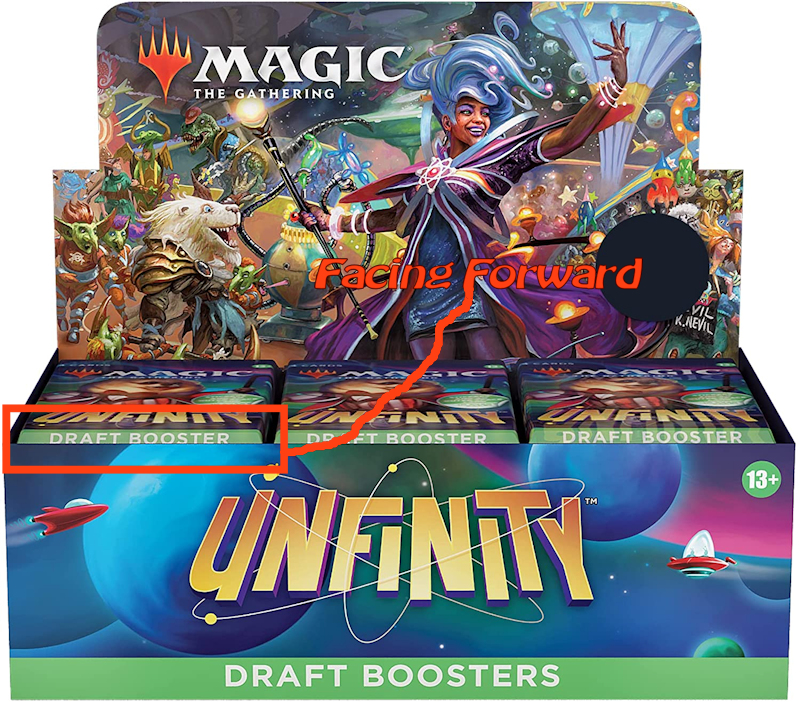 These images of the Unfinity Draf Booster packs were posted on Amazon recently, now today some Reddit user pointed out what could be in the black circle. However, that is not the most interesting part of this image! The most interesting is the fact that there is text printed on what appears to be the bottom of the booster packs. This could actually point to these boosters being in cardboard packaging, which would be totally in line with the recent surveys done by WotC about cardboard packagings!

On December 7th 2021 news spread about a survey from Wizards regarding an important study. Apparently Wizards are upping their efforts to sustainability by sending out these surveys containing different types of sustainable packagings. Strixhaven boosterpacks were send out made entirely of cardboard, much like the Modern Masters 2015 packagings, while other more waxpack-like boosterpack were shipped to other participants.

The new booster is accompanied by a thank you letter signed by Wizards and MDC Research, and contains a link to a survey with a personal login code.

Contained in the booster is the regular boosterpack contents, but unlike with the Modern Masters 2015, the cards were undamaged. Although anecdotal, this does point to evidence that Wizards solved that issue with the packaging. The cardboard boosterpack features a rip-strip, much like the one on the bottom of modern Commander decks. And seem to have improved the tamperproofness since the debacle with the MM15 packs

Recipients so far seem to be quite content with the new boosters, one mentioned:

I love opening packs. Being the collector I am, I didn’t alway buy sleeves or protection for my cards…always slid them back into the packages they came in. Flimsy and easy to damage the cards. These new cardboard ones are great for being able to open them then slide into something more sturdy til you can get protection for them

The waxpack type Strixhaven boosterpack, which resembles the traditional Magic: The Gathering boosterpack a bit more features a particular checkered-type seal on the backflap, which could be an additional security feature to prevent tampering. Despite there being a non-reclyclable logo on the back of these packs the survey assures people that they are in fact recyclable. WotC probably just reused imaging from the regular boosterpack without any editing, hence the wrong logo.

It is said the the waxpack booster felt like an old baseball card pack but more papery. The printing was the same as a normal Strixhaven pack. Made in Belgium. It had a checkered crimping all along the back flap and ripped open very satisfyingly. The package showed wear very easily though, it was kind of wrinkled just from being shipped.

WotC has been working on making Magic: The Gathering less wasteful for a while now. They not only reduced the packagings for Commander decks as well as for the Secret Lairs, they also put in the effort to try and add more value to the actual packaging itself by making it reusable as deckboxes, card dividers and even counters/victory confetti.

* note that this article has been edited quite a lot from its initial form since it came to our attention that images originally released in this article were actually under an NDA from the recipients. Therefor we have removed the images as well as all names and links to the original posters.

Images used with permission of the author; Ryiot Crow