A supposedly Mystical Archive version of a Mishra’s Bauble got leaked in a Facebook group. The card looks crumpled and torn in the picture, while also displaying edited art. The original art, made by Chippy, is edited to look like a blueprint version, while attributing the art to Zack Stella. To be honest, a bunch of red flags to made and I almost discarded this leak to be fake if it not were for some other cards also popping up from the same source…which, made me doubt..it might be real?

If this would be real, we just got a nice preview of how the mystical archives will look in The Brothers War. I’m quite underwhelmed here. The old frame…again. The Blueprint art…again, this time even going as far as editing existing art into the blueprint look.

Anyway, at least it received a new flavortext. The translation of which is:

“The secrets of my great uncle’s inheritance lie in the world it was forged: the oily wastes of Phyrexia.” – Jarsyl’s diary

Below you will find an archive of the rest of the leaks, among which also a card from the upcoming Warhammer 40k commander sets. 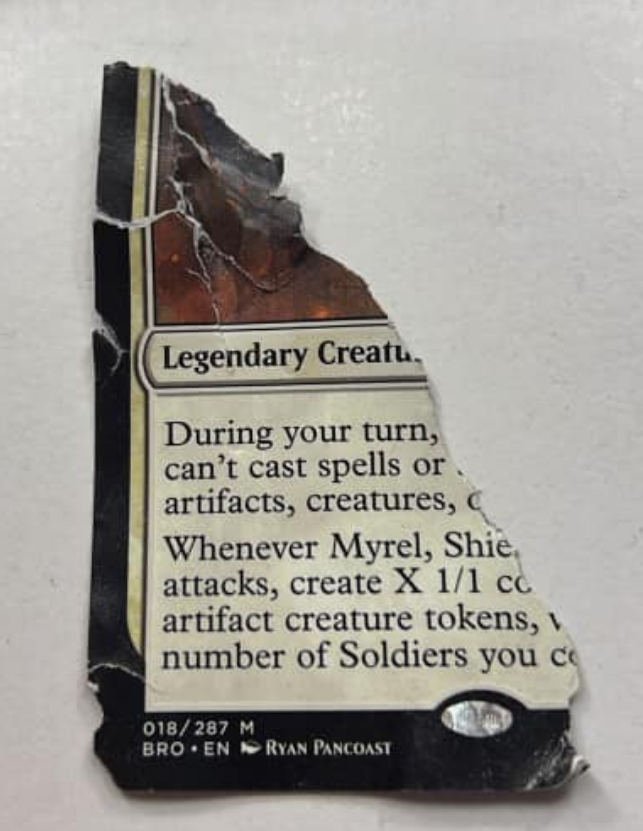 What if… Maro cancelled the Legendary Rule?