It’s still a long way away, but already tidbits of information are leaking for the much anticipated Lord of the Rings Universes Beyond set for Magic: The Gathering. Rumors of the 4 commander decks have appeared due to this Ultra*Pro listing: 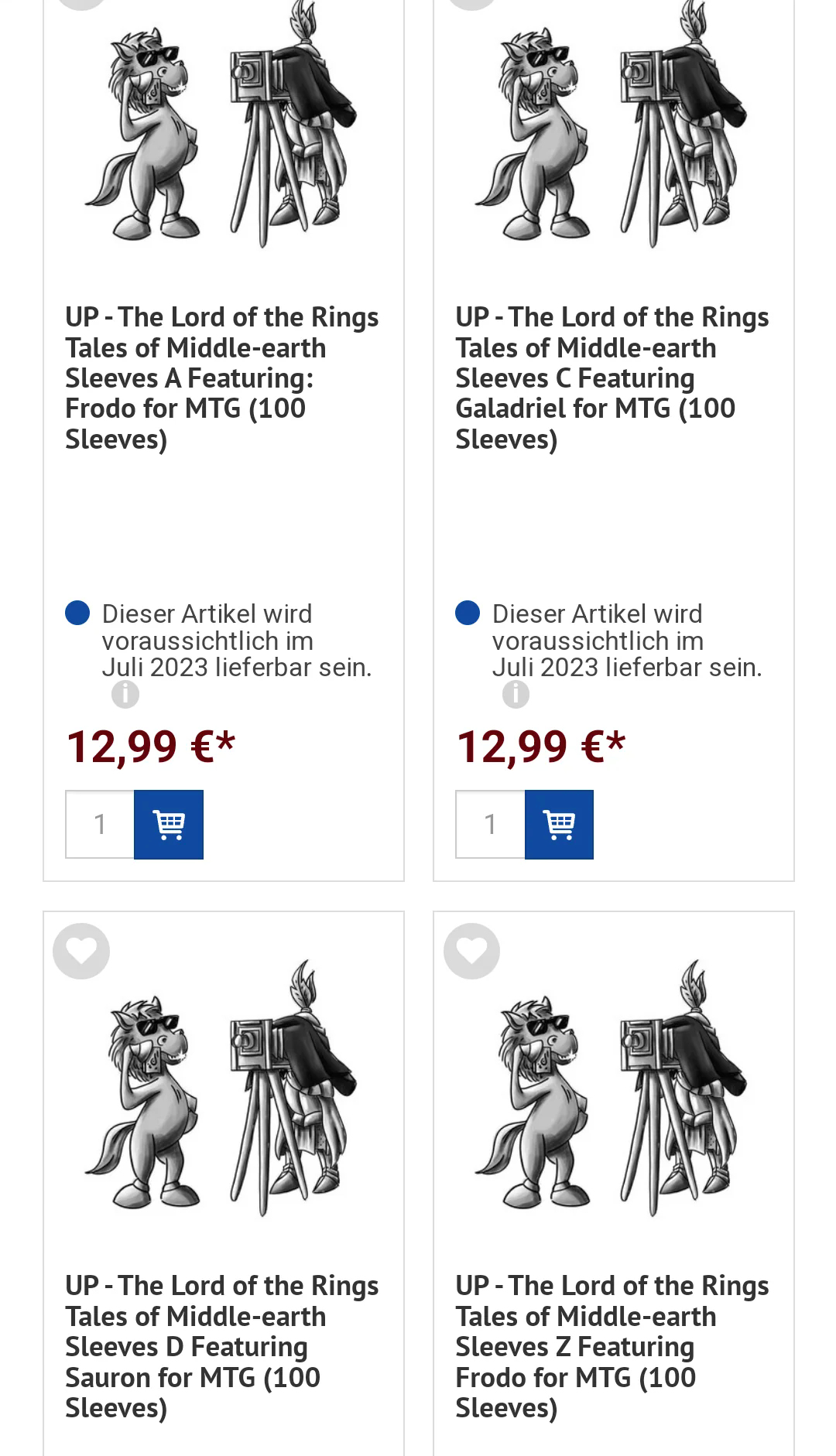 Ofcourse, there’s also other listings by Ultra*Pro featuring different characters, so this could just be a red herring. For example, these deckboxes..

However, the playmats for LotR cover the trilogy but not The Hobbit. The list is the four likely commanders (A, B, C, and D) and additional standard-sized playmats after that– Aragorn, Gandalf, Sauron, Mount Doom, The Balrog, Treebeard, Arwen, Shelob, Smeagol, Tom Bombadil, holofoil Frodo, and a “Borderless Scene” (possibly the Battle of Pelennor Fields art).