Today at GenCon, Josh Massey (Program Manager, Organized Play at Fantasy Flight Games) and Chris Gerber (Head of Studio at Fantasy Flight Games) sat down for a little chat about what’s coming up for Arkham Horror LCG. Chris talked a bit about how the new format allows for additional components to be added to the game that just were not possible to fit into the old Mythos Packs. As an example he shows a map of the world stating this is an actual component of the Scarlet Keys expansion and that it allows for a more non-linear flow of the campaign. Inadvertently he teases an upcoming scenario pack to be set in Monte Carlo! 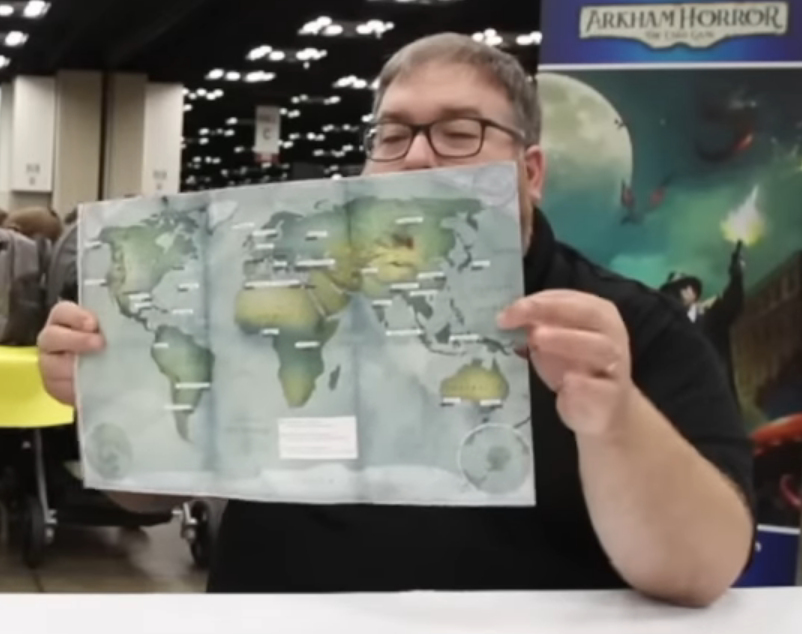 Later on Maxine joins the table who reveals a little bit more; the Monte Carlo scenario will have you pulling a heist! Ok, cool B)